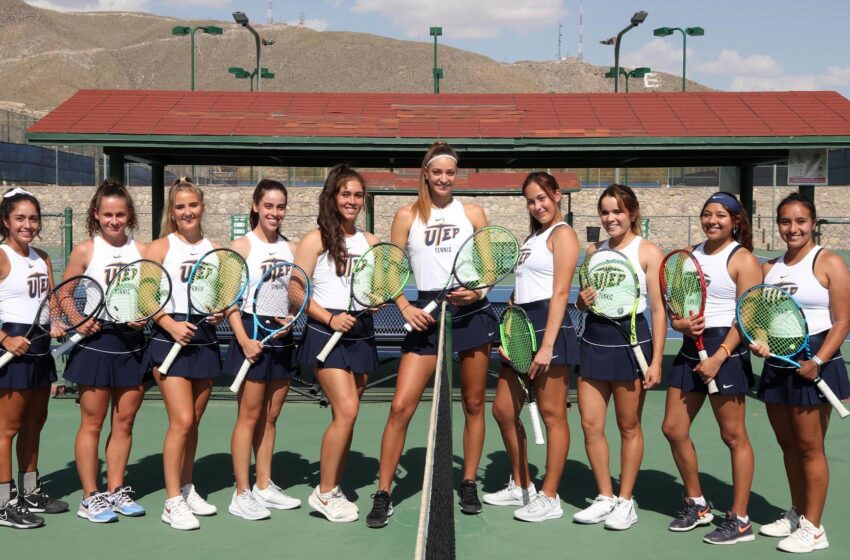 Nearly three weeks removed from its first competition of the season, the UTEP tennis team will be back in action this weekend.  The Miners will battle Weber State (Friday, 10 a.m. MT) and UNLV (Saturday, 10 a.m. MT) in Las Vegas.

“For many months, we have been looking forward to heading back out on the road,” UTEP coach Ivan Fernandez said.  “We have been working hard to prepare for this weekend.  The weather has definitely affected our training the last couple of days, but we are ready to compete again.”

Due to arctic-like conditions in El Paso over the last few days, the courts iced over at the El Paso Tennis and Swim Club.  But with the temperature finally rising, the Miners will get to play again on Wednesday afternoon.

UTEP (0-2) opened the season with losses to Arizona (6-1) and Texas Tech (4-0) in the Sun City in late January.  The Miners will return to The Entertainment Capital of the World for a third straight spring after taking on Weber State and UNLV in 2019, and Youngstown State and UNLV in 2020 prior to the season being shut down due to the COVID-19 pandemic.

This year, Weber State carries a 1-2 mark into a match at Dixie State on Wednesday afternoon.  Like the Miners, the Wildcats have faced a demanding early-season schedule with losses at BYU (6-1) and Utah (4-2), sandwiched around a victory over NM State (6-1) in Salt Lake City.

UNLV is also 1-2 and is in the midst of seven straight home matches to open the spring slate.  The Rebels own a win over Youngstown State (4-3) and losses to Florida Atlantic (4-1) and UTSA (4-1), and will host Weber State on Thursday prior to taking on the Miners.

“We have two very challenging matches,” Fernandez said.  “We want to continue improving with every match, and playing at home two weeks ago has helped us get ready for this weekend.”

Highlighting the Miners’ opening weekend of competition was senior Erandi Martinez scoring a 7-6, 7-5 triumph over Arizona’s Jelena Lukic on January 30.  UTEP was competitive against the Wildcats, with two other Miners (Vanessa Valdez and Veronica Lebisova) taking their opponent to a third set of singles competition and Kathleen Percegona dropping her first set in tiebreaker fashion.

Following a long break in competition, things are about to get very busy for the Miners.  They will play five matches in nine days beginning on Friday, and ending with a home match against UTSA on Saturday, February 27.