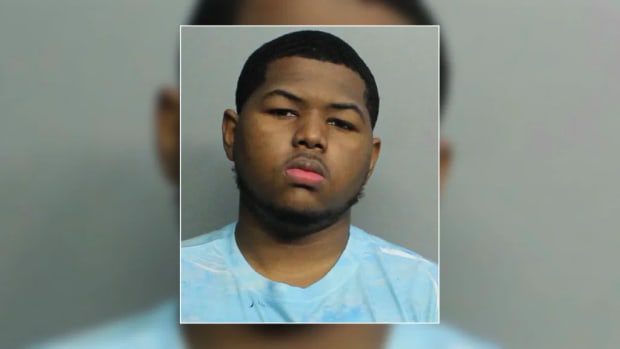 Chrisey Pressley, 18, also known by his rap name FBG Chris was arrested Wednesday, June 9 for an alleged shooting that took place in the Aventura Mall in Miami Florida in May.

His arrest came nearly a month after the shooting took place at one of South Florida’s largest and most popular malls. Pressley was not charged with the shooting itself, but police jailed him on charges of carrying a concealed firearm

Pressley admitted in the arrest report, he didn’t have a concealed weapons permit but “carried a handgun because he is famous.” The young rapper is the brother of City Girls rapper Yung Miami.

The shooting occurred on the first floor next to the entrance of Nordstrom, Louis Vuitton, Carolina Herrera, Hugo Boss, and Sur La Table. Groups of shoppers were seated at dining tables when a confrontation broke out between two groups of young men.

Three people were shot and two others were injured when they tried to run out of the mall that Saturday afternoon, also Mother’s Day eve.

According to Pressley’s arrest form, he was seen pulling out a gun and displaying it, but never shooting, before he took off and ran out of the mall. “One individual showed a gun … another individual pulled out a gun and used it,” said Aventura Police Commander Michael Bentolila.

This is not Pressley’s first run-in with the police, he is already facing trial for a misdemeanor carrying a concealed weapon charge from January.

Pressley has already been released from jail on bond.

Police are still looking for the other suspects in the shooting. No other arrests have been made, and police say they can’t comment further because this is an ongoing investigation.