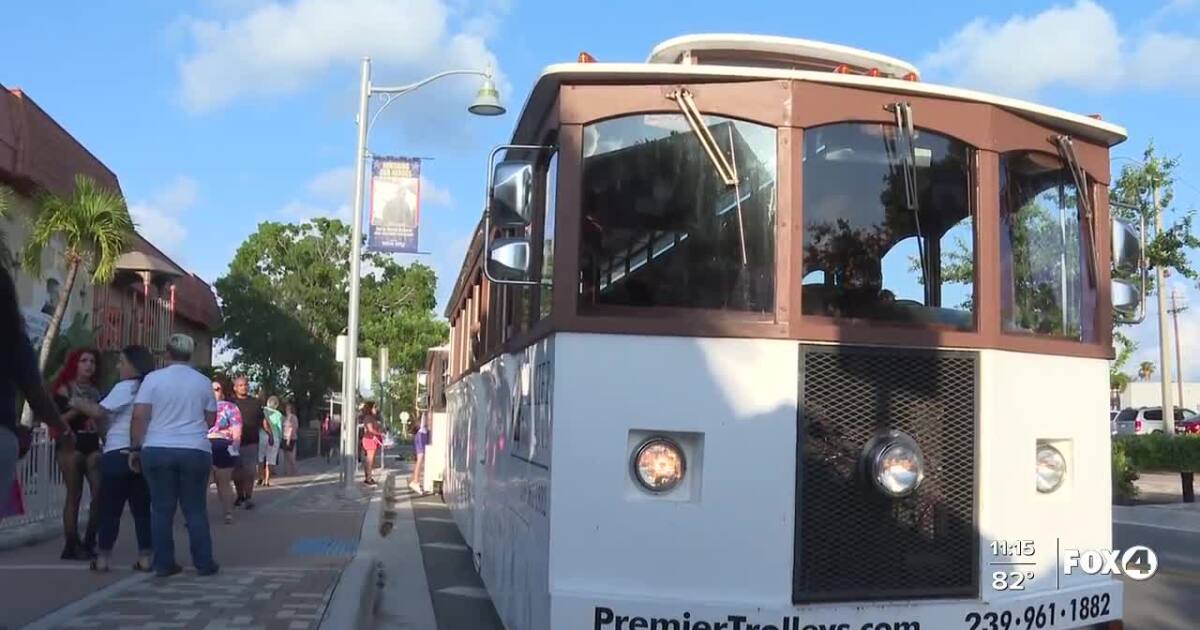 The trolleys are back. The South Cape Hospitality and Entertainment Association are once again hosting their trolley rides, only this time with a spin. And it’s just in time for Pride Month.

“This year, just during Pride Month, City Hall lit their fountain with pride colors and the Cape Coral FOP Lodge 33 also put out a statement that they’re standing in support of their LGBTQ brothers and sisters,” says Alison Polo, Vice President of the South Cape Hospitality and Entertainment Association. “So I think the work we’re doing is working.”

The South Cape Hub are no strangers when it comes to trolley events. But tonight’s ride is specifically for Pride Cape Coral, coinciding with Pride Month. Where drag queens are the passenger’s guide to a night out on the town.

“This is our first time ever doing something like this,” says AJ Ford, President of Pride Cape Coral. “We’ve never done a trolley event with drag queens on board or anything for Pride Month, for that matter.”

“We’re just going around celebrating pride and having fun with our friends and doing it in a safe way!” said Alyssa Lemay, Ms. Cape Coral Pride. “I think it’s great that we’re kicking it off during Pride Month. Obviously we have a huge LGBTQ+ community in Southwest Florida, especially Cape Coral. Just the fact that it coincided together I think it’s a really great way of kicking off the new trolley runs.”

This year’s event so happens to fall on the five-year anniversary of the Pulse Nightclub shooting in Orlando. While it’s a day to recognize those lost, it also serves as a time to reflect.

“What happened at Pulse was tragic and it brought to light the fact that we need to do so much more for the community,” said Polo. “Everything that we’ve been doing is to try to bring awareness to stop the kind of thing that happened in Orlando.”

And depending on this weekend’s successes, we may just see more of these colorful events throughout the Cape.

“We weren’t sure how this was going to turn out, we were really hoping for the best,” Ford said. “We’re definitely going to look into doing more of these type of events in the future.”

You can find more information about the South Cape Hospitality and Entertainment Association online right here.

Share
Facebook
Twitter
Pinterest
WhatsApp
Previous articleChanges on offensive line? Dolphins OTA practices seem to indicate they are on horizon
Next articleIvanka Trump looks very summery in a cut-out yellow dress when going out with Jared Kushner and the kids