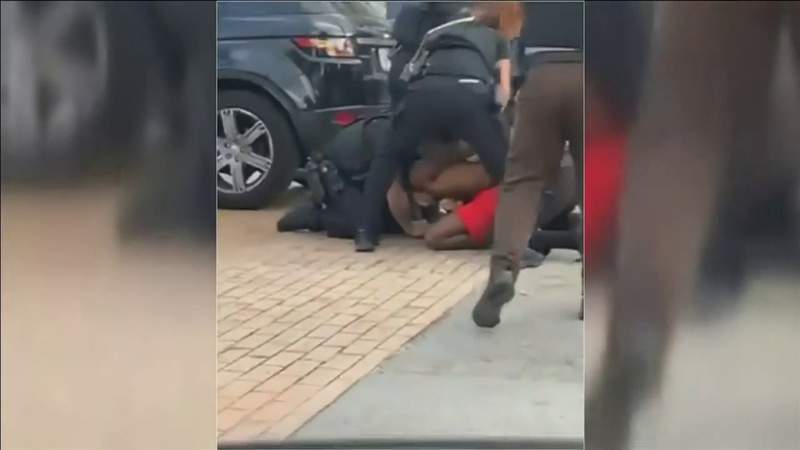 HIALEAH, Fla. – Local rapper Landon Kinchelow was detained for putting up flyers promoting his music show in Wynwood in February.

The officer tells him, “It’s going to be really bad if you don’t turn around.”

Kinchelow asks, “Why am I being detained?”

Meanwhile, bystanders have their cellphones out and are recording.

A city of Miami police officer appears to be punching someone in a cellphone video recorded after a traffic stop.

The bystander shooting the video says, “Oh, the police are punching him. Why they punching him?”

And the most famous of the cellphone videos, Derek Chauvin’s knee on George Floyd’s neck, which had a ripple effect nationally and internationally.

But under House Bill 11, filed by Rep. Alex Rizo, (R-Hialeah), it would be a second-degree misdemeanor charge for anyone who is hindering law enforcement officers as they carry out their duties, and that could include taking cellphone video if law enforcement believes that recording is interfering with their ability to do their job.

People could be charged if they seek to interrupt, “disrupt, hinder, impede, or interfere” with the officers performing their duties, provoke physical responses from the officers or harass the officers.

Rod Skirvin, President of the Broward County Police Benevolent Association said, “I don’t think that there is any problem with recording the police. I think everyone should be able to do that, but I don’t think you should get in their face to do it,” he said.

Anyone who comes within 30 feet of an officer after being warned to stay away can be arrested.

“I think they are trying to hide something, like you don’t want people recording. Why, if you not doing nothing wrong?” Dushont Morrison of Fort Lauderdale said.

Offenders would be charged with a second-degree misdemeanor, they would be fined $500, and could face up to 60 days in jail.

“It’s a balancing test — people have absolute first amendment rights to protest. What people don’t have is a right to either attack law enforcement to either loot or to impede in an investigation,” said Eric Schwartzreich, a criminal defense attorney.

Local 10 News reached out to Rizo who introduced the proposed bill. We did not hear back.

Bills are starting to be filed for The Florida Senate’s 2022 legislative session, which starts Jan. 11. If passed, the law could go into effect October of 2022.

(See the proposed bill below)