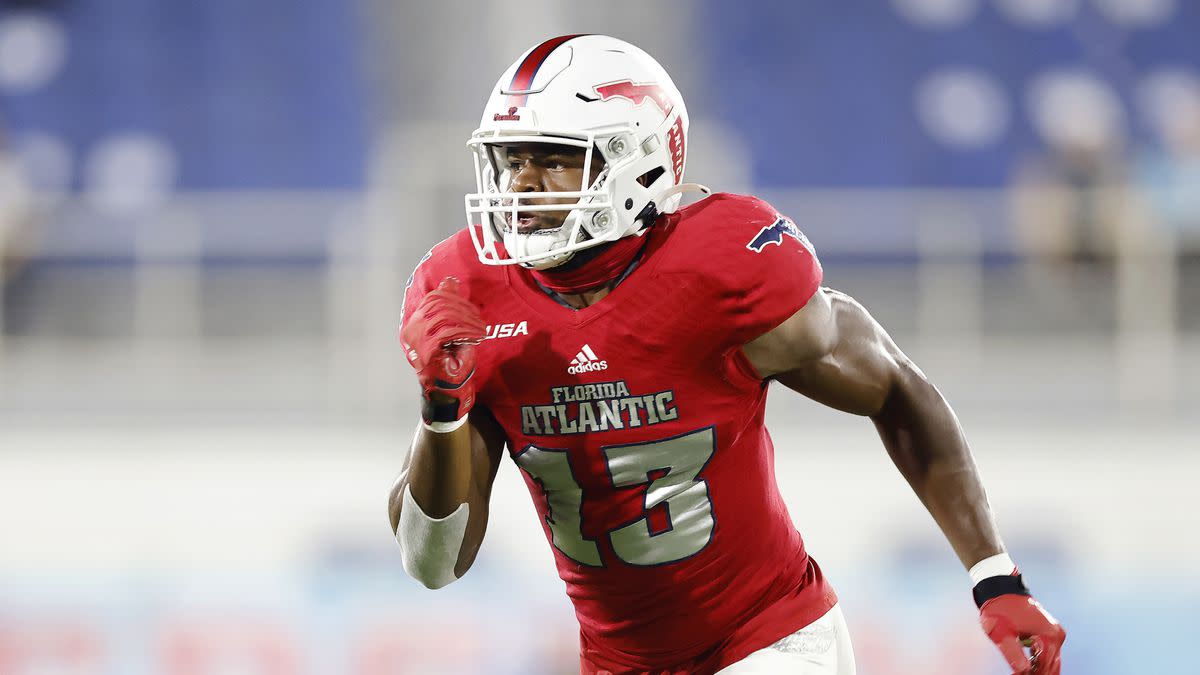 Appearing in 50 games for the Owls, McCarthy was asked to make the switch from defensive end to 3-4 outside linebacker in 2020. He racked up nine sacks as a senior, raising his career total to 20. McCarthy possesses intriguing length and violent hands, which he uses to take on blocks. He is capable of stacking and shedding, using a push-pull and a stab-club move. He has flexible ankles allowing him to bend the corner. Being unable to dip his shoulder gives tackles a large enough surface area to punch and redirect him when he is trying to bend around. A reliable tackler, he shows the strength to stop the momentum of ball-carriers and wraps up thanks to his length. McCarthy is not overly dynamic in zone, but gains enough depth and possesses the length to crowd throwing lanes from underneath zones, allowing him to be dropped into coverage occasionally. He is an average athlete, who is unable to get sideline-to-sideline as his range is limited. In man coverage, he lacks the athleticism to stick with opponents. McCarthy projects as a backup 3-4 outside linebacker or off-ball linebacker convert who can contribute on special teams and have run defending ability when on the field.

*Get more scouting reports just like this one at AllAccessFootball.com. Over 500 reports are being updated and will be available before the NFL Draft

*The Official 2021 NFL Draft Bible publication is now available for pre-order! Reserve your copy today or go ‘All Access’ and gain instant access to our scouting report database, featuring 500+ profiles and updated daily. Nobody brings you the names you need to know like NFL Draft Bible, become a disciple today and order here!

*CLICK HERE for more in-depth scouting reports, be sure to reserve your copy of the 2021 NFL Draft Bible Publication!

News Reporter - April 11, 2021 0
An inaugural 5k race will be held in honor of a man who was found dead in Horry County just over a month...