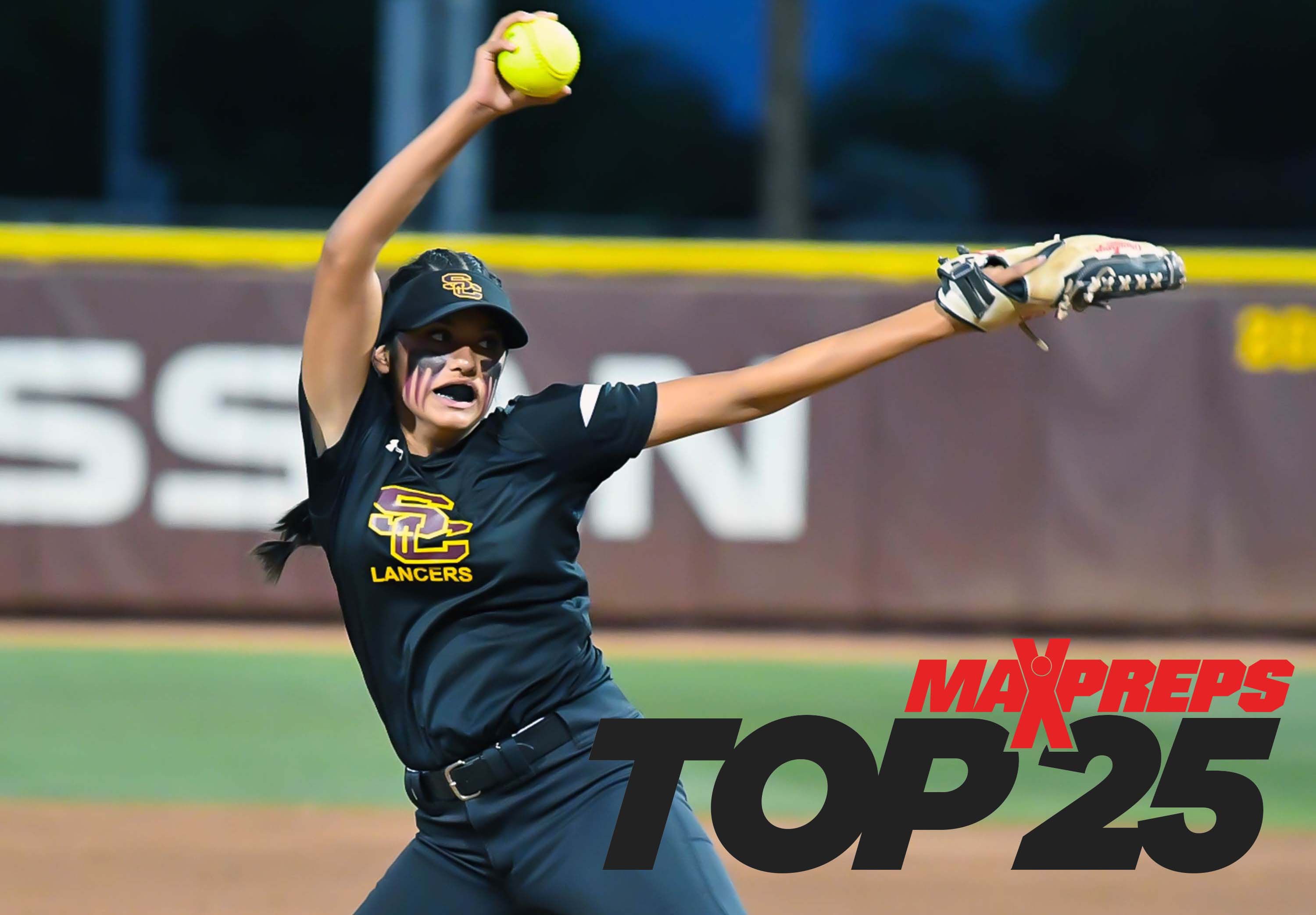 Barbe (Lake Charles, La.) finished the season with eight straight wins, including a 3-1 Louisiana Class 5A state title over Airline on Saturday. A two run home run by Madison Chretien and strong pitching by Halie Pappion propelled the tournament third seed to its first state title since 1997. Barbe enters this week’s MaxPreps Top 25 high school softball rankings at No. 19.

Top-ranked Leander (Texas) opened postseason play by scoring 34 runs over two games while Lauren Tetreault and SJ Geurin each pitched complete-game shutouts. The Lions are back in action on Saturday against Southwest in Area play.

Lakewood Ranch (Bradenton, Fla.) won the District 12 Championship in Florida beating 12th-ranked Newsome (Lithia, Fla.) 2-0 on Thursday. The Mustangs host Steinbrenner on Thursday in 7A Regional Quarterfinal play. Newsome is not out. If the Wolves win Thursday, they could face Lakewood Ranch once again on May 11.

4. Park Vista (Lake Worth, Fla.)
Record: 25-0 | Last week: 4
The 7A state state title might be one of the toughest brackets in all of the country to win. The Cobras play Jupiter on Thursday.

11. Neshoba Central (Philadelphia, Miss.)
Record: 27-0 | Last week: 13
The Rockets play Friday for a chance to berth in the Mississippi 5A state championship.

15. Lake Central (St. John, Ind.)
Record: 19-0 | Last week: 17
Grace Renschen has a five-game hit streak going and is one of five players to  hit three or more home runs for the Indians.

South Florida can expect heat with chance of severe storms

News Reporter - May 6, 2021 0
FAYETTEVILLE, Ark. – The University of Arkansas women’s tennis team is in Chapel Hill, N.C. this weekend and set for a showdown with...