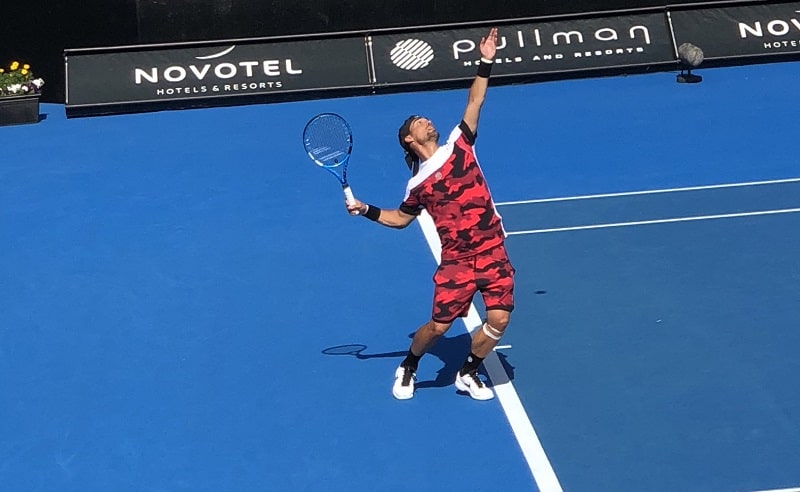 World number 29 Fabio Fognini has Taiwan’s Yen-hsun Lu as his first round opponent of the 2021 ATP Queen’s on Tuesday, June 15. Get the live streaming options of this Fabio Fognini v Yen-hsun Lu match along with its preview, head to head, and tips here.

There have been three previous meetings between these two players, but all of those came between 2010 and 2014 and all of them on hard court surfaces. Fognini won two of them while Lu had won their first ever match way back in 2010.

Fognini Hoping for Revival But Grass Not a Favourite

It’s been a middling sort of a season for Fognini who has had a few ups but has then capitulated at some of the other tournaments he has played this year.

Take for example the Australian Open where Fognini, playing on a surface he doesn’t quite enjoy, reached the fourth round. Or at the Monte-Carlo Masters where Fognini, a previous winner, made it as far as the quarterfinals.

And then at the other end of the spectrum were some of his other results like at Marbella, Rome and Barcelona where on his favourite surface, Fognini fell in his openers. Same at the Miami Masters.

Fognini’s record on grass reads a mediocre 19-18 over a span of many years. This includes a woeful career-best of a second round appearance at Wimbledon where his last win came in 2014.

Fortunately for him, Fognini’s first round opponent here shouldn’t give him a lot of trouble.

Lu’s Comeback Not Going to Plan

After having barely played over the last couple of seasons, Lu’s ranking has fallen to 624th in the world. This year, he has featured in four tournaments and won just one match, losing four.

His only win, incidentally, came at the Miami Masters in the first round against Sam Querrey. This was after he had gone into the match at 11/2 odds to carve out the victory against someone of the pedigree of Querrey.

And it’s that victory which should give Lu hope that he can still turn things around aged 37, despite having no real tennis under his belt for this long.

Fognini is 1/5 to win this and should be a winner here but will he manage an easy win? We believe Lu would put up a fight, and the games handicap market sounds like a tempting one.

The 2021 ATP Queen’s will be played from June 14-20. You can watch & bet on these matches here. Get your latest premium tennis predictions here.

News Reporter - July 25, 2021 0
Another disastrous day for Cork in the Munster football final and if we’re to be honest it’s not acceptable anymore getting hammered like...