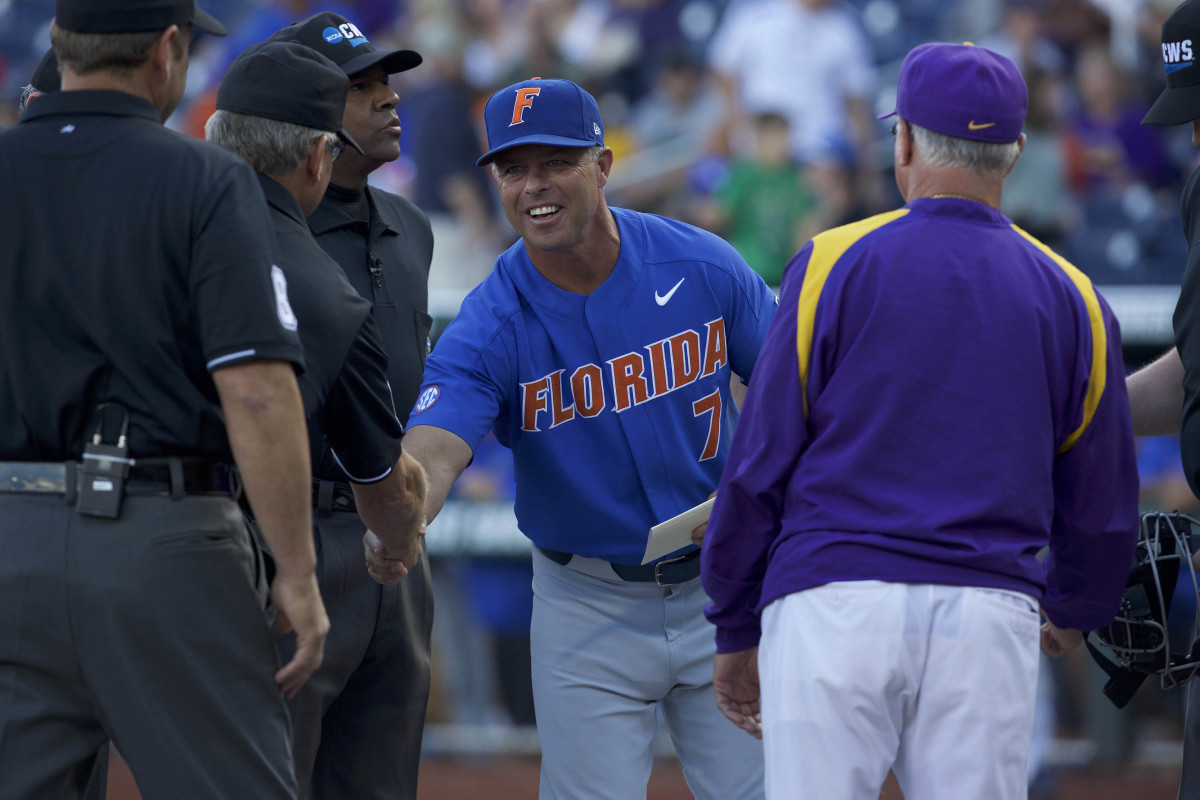 When LSU coach Paul Mainieri announced his retirement, the immediate question went to potential candidates and many names have surfaced in recent days. One of the earliest was current Florida coach Kevin O’Sullivan, who released a statement Thursday, pulling his name from consideration for the LSU job.

“I am the head coach at the University of Florida and remain fully committed to the Gators program,” O’Sullivan said in a statement. “This is where I want to be, and I do not have interest in the head coach openings at any other schools.”

O’Sullivan was considered at one point to be a leading candidate to become LSU’s next baseball coach but the board of supervisors reportedly didn’t give authorization to significantly pursue him for the position. In the last 24 hours, another name has come to the forefront, former Oregon State head coach Pat Casey.

According to a report from Kendall Rogers of D1 Baseball, Casey is considered the leading candidate to become LSU’s next head coach. Casey won three national championships with the Beavers before retiring after the 2018 season and carries some baggage with him as well.

During the 2018 season, Casey and Oregon State publicly supported a pitcher on the roster, Luke Heimlich, who pleaded guilty to one count of child molestation in 2012 of his niece when he was 15 and she was six. Heimlich later denied the incident ever took place, pleading guilty only to avoid a trial and jail time.

With LSU in the midst of rebuilding its Title IX practices on campus, there has been outcry of potentially bringing Casey to Baton Rouge and the message that would convey.

According to Wilson Alexander of The Advocate, the LSU administration is also considering East Carolina coach Cliff Godwin as well as Ole Miss coach Mike Bianco, both of whom have ties to LSU in the past. Godwin was an LSU assistant coach from 2006-08 while Bianco played for Skip Bertman in 1988-89 and would later become an assistant for four years.

He’s spent the last 20 years in the SEC as the Rebels head coach, the longest tenured coach in the conference in any sport.

Updates will be provided as more information becomes available on LSU’s coaching search.

Condo Buyers Should Investigate What They Don’t Know | Law Matters