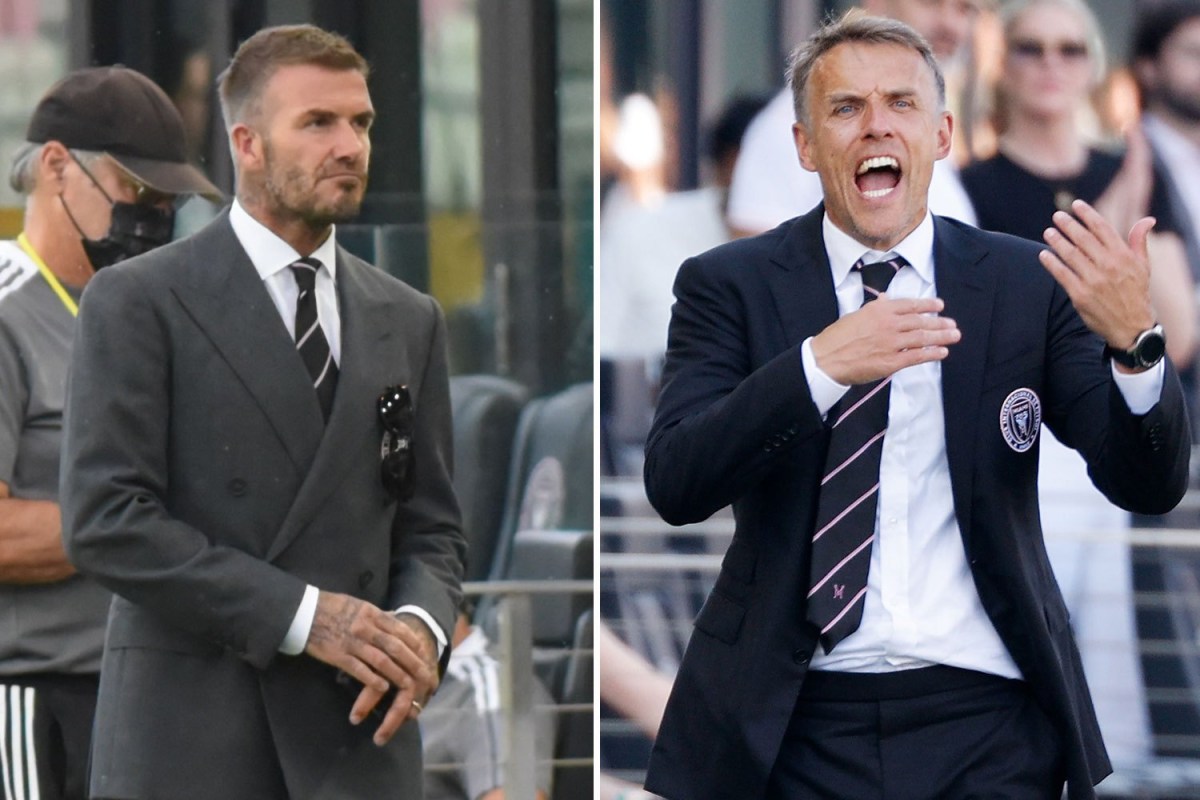 DAVID BECKHAM’s Inter Miami are bottom of the MLS Eastern Conference after a shocking start to the 2021 season.

The team, coached by Phil Neville, were thrashed 5-0 at home on Wednesday evening and have now lost six games in-a-row.

Miami have won just two of their 12 MLS games this term and are 12 points adrift of the play-offs following their defeat to New England Revolution.

They’ve also managed just one goal in their last 540 minutes of football, losing all five of those games.

It’s been a turbulent first year for Beckham’s new club, with the football icon accused of nepotism for hiring manager Neville in January.

The 44-year-old coach came through Manchester United’s academy with Beckham and the pair co-own League Two side Salford City.

The club also received a £1.4million fine by MLS bosses in May for a series of financial irregularities, partly relating to the signing of Blaise Matuidi.

And star player Gonzalo Higuain recently admitted he thought he could play with a cigarette in his mouth due to the standard of football.

As well as having Matuidi and Higuian on their books, Miami have also signed ex-Premier League stars Ryan Shawcross and Kieran Gibbs.

The players need to take a long, hard look at themselves – and so do I.

Speaking after his team’s most recent loss, Neville insisted he has the full support of the Miami owners – including his mate Becks.

The former England Women manager said: “I feel their full support – I always have done.

“They don’t need to tell me about their concerns because I have the same concerns.

“I’ve been in football long enough and I know the consequences – that’s no problem to me. We’re doing everything in our power, we just need better performances on the field.

“I’ve got great responsibility and I’m accountable for everything that I do. We’re on a run at the moment that puts me under pressure.”

United star Pogba, 28, has just a year remaining on his Old Trafford contract, with reports linking him with Paris Saint-Germain.

News Reporter - July 25, 2021 0
MIAMI (CBSMiami) – A gruesome discovery by the Miami police and fire departments early Sunday morning. The units were responding to a fire on...