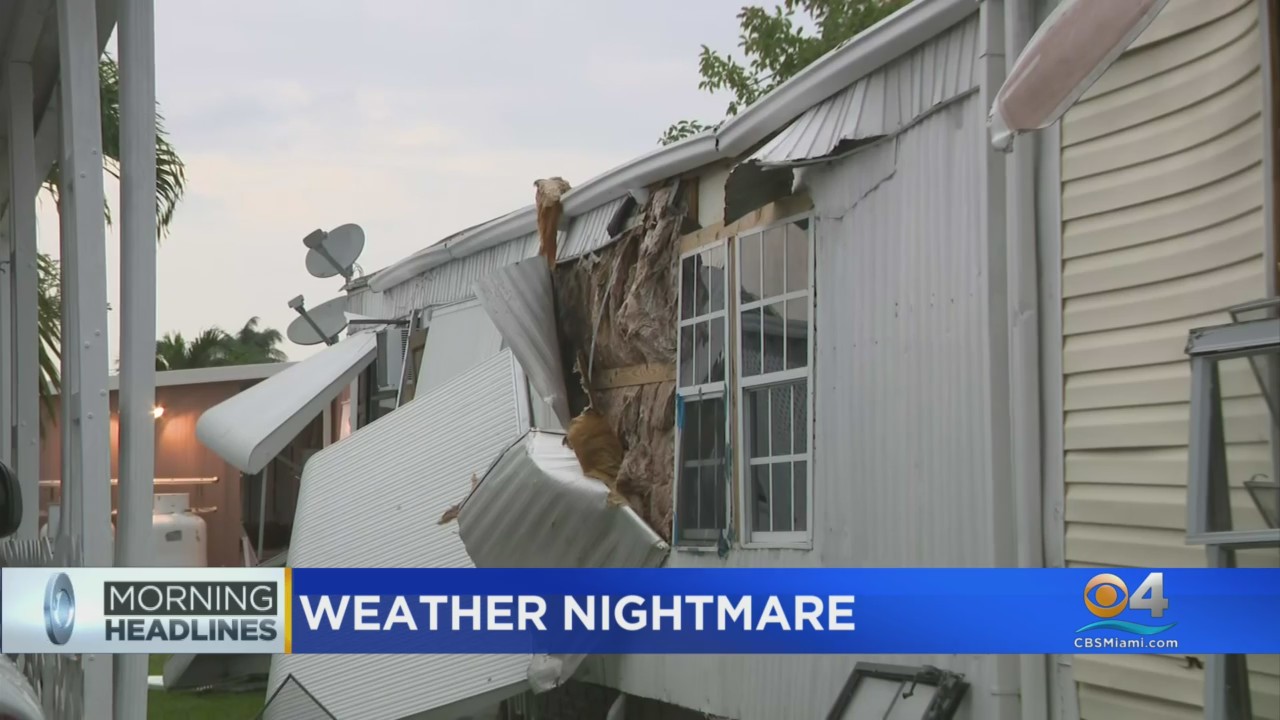 Get a quick look at the news making headlines this morning.

FRANCES WANG: Good morning South Florida, I’m Frances Wang. Here’s a look at some of your Tuesday morning headlines. South Florida got a powerful punch of storms Monday, and an aftermath to show for it. Davey Fire Rescue says they received multiple reports of transformers blowing. Branches and debris were scattered in the afternoon right in the area of Pine Island and State Road 84. In Pompano Beach two public works employees were in a Canal cleaning boat when lightning struck dangerously close. Thankfully they were not hit directly but were taken to the hospital.

Governor Ron DeSantis has signed into law two including HB529. The new law requires Florida schools to set aside one to two minutes every day in first period for a moment of silence. The governor signed the bill while visiting The Shul of Bal Harbour synagogue. While there he also touted his initiatives, including $4 million for Jewish day schools, $1.3 million for the Holocaust Museum in St. Petersburg, and $400,000 for the Holocaust Memorial on Miami Beach.

Later today President Joe Biden will once again be meeting with European leaders. At a NATO Security Summit on Monday the president reaffirmed the US commitment to its military allies. Tonight Mr. Biden will travel to Switzerland ahead of tomorrow’s sit down with Russian leader Vladimir Putin. President Biden said he’ll confront Putin about his invasion of neighboring Ukraine cyber attacks on US companies and election meddling.

After more than a year of COVID restrictions, California fully back open. At midnight, the state removed capacity limits and physical distancing requirements for most businesses. It’s also relaxing wearing rules for residents who are fully vaccinated. However, some businesses can still impose certain rules and require proof of vaccination like public transportation, schools, hospitals, and indoor workplaces.

And that’s a look at some of your morning headlines. Make sure to join us later for CBS 4 News at noon. Get updates any time on CBSMiami.com.