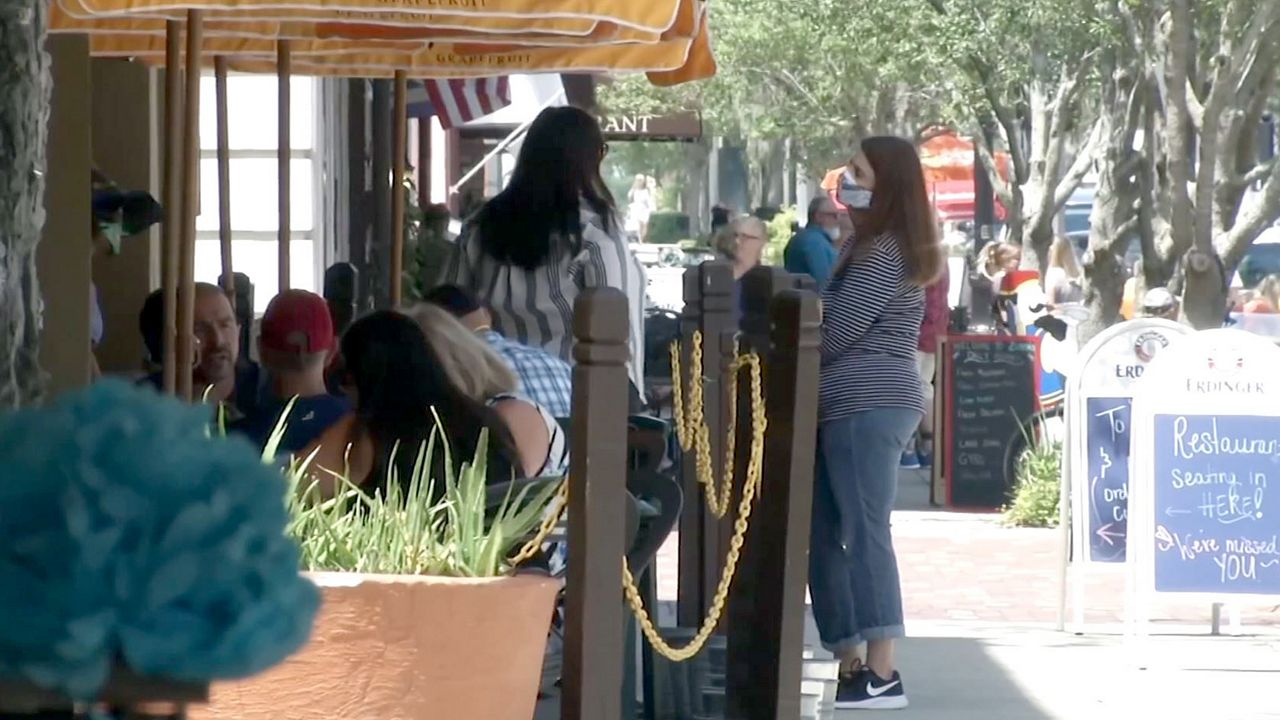 ALTAMONTE SPRINGS, Fla. — Local restaurants and bars that have taken a hit during the pandemic can now apply for some relief.

The U.S. Small Business Administration is expecting applications for funding through its Restaurant Revitalization Program.

Nearly $30 billion was allocated for the program in the American Rescue Plan Act of 2021.

Owning a restaurant has always been a dream for Terence Phillips.

He and his wife, Patrice, opened up Something Fishy Seafood in Apopka around 5 years ago, and now they have another location in Altamonte Springs.

“I was about to turn 50,” said Terence Phillips. “She said you better do it now because you can’t wait not 5 years to do it.”

Things were going well until the coronavirus pandemic hit.

“It’s been a very tough year,” he said. “It’s been very difficult.”

Their bottom line took a nosedive, causing them to lose around 70% of their revenue.

“Everyday it was like, is this going to be the last week?” said Patrice Phillips.

Steven Hepsworth, an engineer, also became a restaurant owner a few years ago.

“Have that dream of owning my own business,” he said.

He owns Boston Coffeehouse in Altamonte Springs and after a couple years he had really begun to hit his stride.

But in his third year, COVID hit.

“Just kind of a big question mark hanging over my head — OK, what now? What do we do?,” said Hepsworth.

Business is gradually getting better, but it’s not where it was pre-pandemic, he said.

“These are businesses that have made it through and they’re starting to see the other side, but they hampered with a lot of debt,” he said.

Through the Restaurant Revitalization Program, the federal government has made available nearly $28.6 billion for independent businesses that serve food and drink.

“We just got to get a little bit further and that’s what something like this fund is really great for,” said Paris.

Hepsworth has applied for the revitalization funds.

“I’m definitely hoping that we can get back to where we were before. Sooner rather than later,” said Hepsworth.

The Phillips have applied too. They intend to use it to rebrand a self-serve frozen yogurt franchise they bought and the pandemic forced them to close it for good.

“We are very hopeful. Encouraged. Very encouraged. More than we were six months ago,” said Terence.

The U.S. Small Business Administration is accepting all applications — but will only process those from businesses owned by women, veterans, or socially and economically disadvantaged individuals for the first three weeks.