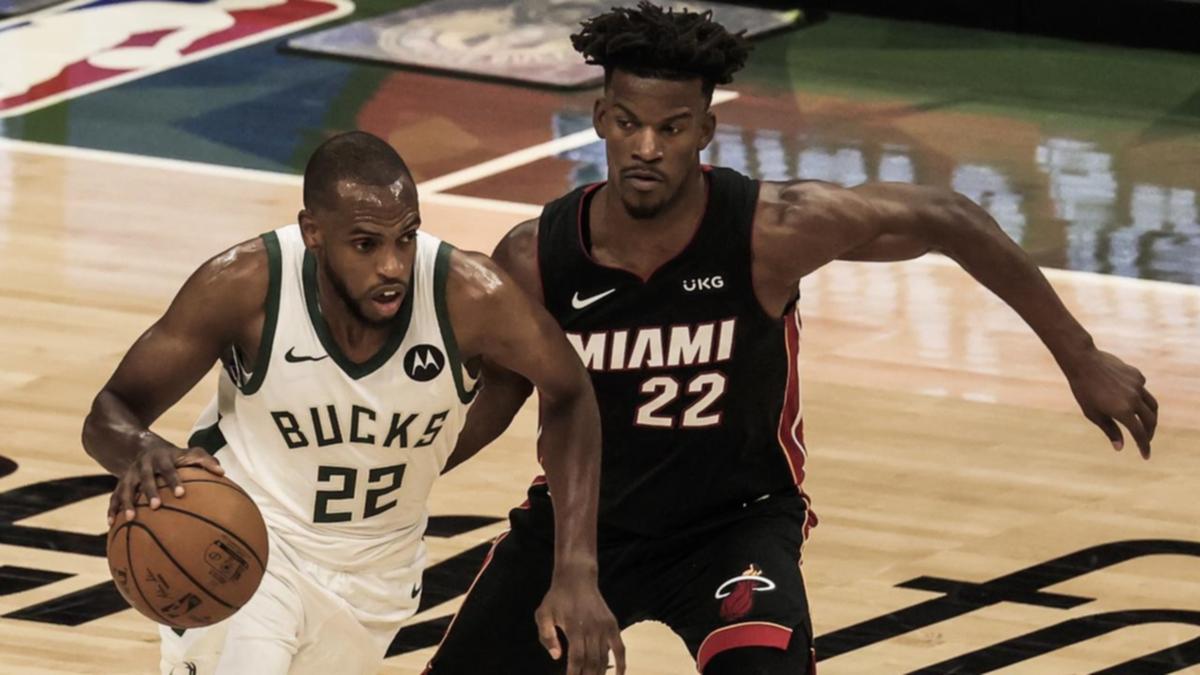 The Milwaukee Bucks are just one win away from reaching the Eastern Conference semi-finals after whipping the Miami Heat 113-84 in Game 3 of their playoff series.

Giannis Antetokounmpo finished with 17 points and 17 rebounds for the Bucks, who will try to complete their mission on Saturday.

The Bucks won Game 2 by 34 points and made Game 3 just as decisive, leading by as many as 32. Brook Lopez scored 13 points, while Bryn Forbes and Bobby Portis each had 11 for Milwaukee.

Jimmy Butler scored 19 points and Bam Adebayo had 17 for Miami. Nemanja Bjelica – little-used by Miami this season but called upon Thursday out of desperation for any sort of outside shooting – scored 14 points.

Milwaukee outrebounded Miami 56-41, held the Heat to 38 per cent shooting and became the first team to top Miami by at least 29 points twice in the same playoff series.

And that’s after the Bucks beat Miami by 47, in Miami, back in December.

The biggest crowd of the season by far turned up hoping to see the start of a turnaround.

The Heat managed only eight points in the game’s first nine minutes, the fewest they managed in such a game-opening span since last August and the fewest to open a game on their home floor since November 14, 2018.

It was 26-14 Milwaukee after one quarter, then the lead swelled to as much as 19 – 44-25 late in the second before got to 49-36 at the half. That matched the fewest points allowed by the Bucks in a first half in more than three years.

And in the third, whenever Miami seemed like it could get close Milwaukee had a rebuttal.

The margin swelled to 27 in the third quarter, which by then more than a few of those 17,000 fans chose not to stick around much longer.