Both UCF Women’s and Men’s Tennis To Host in NCAA Tournament as No. 9 National Seeds 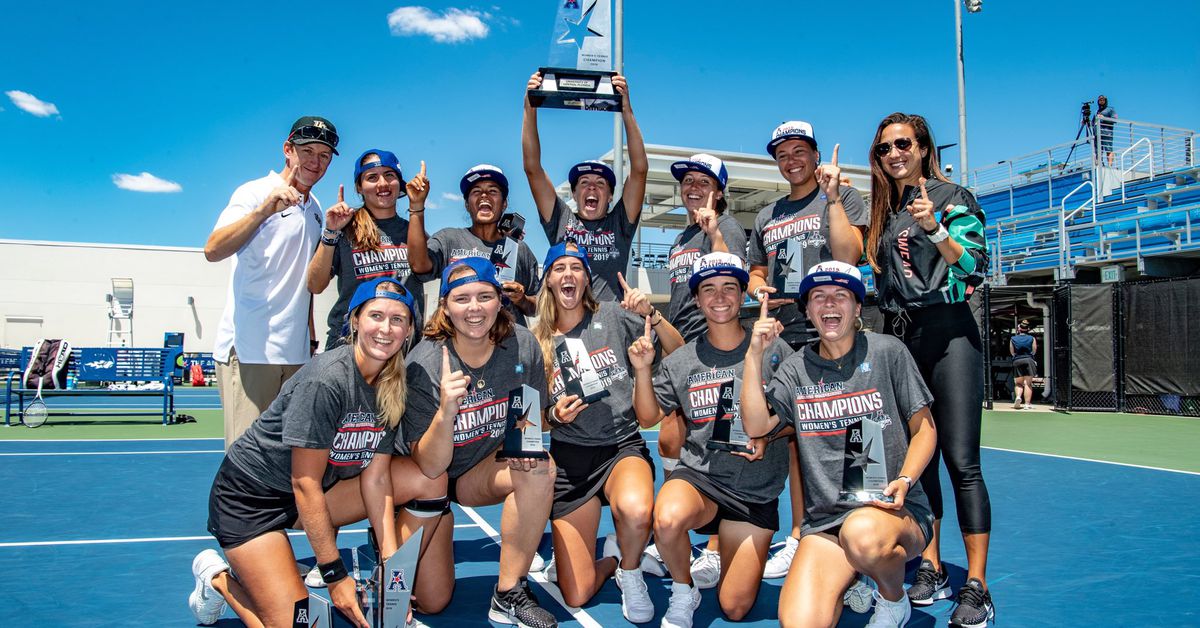 History was made on Monday at the NCAA Women’s and Men’s Tennis selection shows when, for the first time in UCF Knights Tennis history, both squads earned a national seed, with both getting the No. 9. Both will also get to host the first two rounds of the NCAA Tournament as a national seed at the USTA National Campus, which is the home this year as well of all the remaining rounds of the NCAA Championships. The tournament begins May 7 for the women and May 8th for the men.

The women were the first to find out that they would be hosting Charleston Southern in the First Round, with the winner getting the winner of Miami and FIU. This is the 7th time in program history the Knights have made the NCAA Tournament.

The Knights are 18-4 on the season, coming off winning the American Conference Championship, and are led by captain Rebeka Stolmar, who is ranked No. 37 in singles, and Valeriya Zeleva, who is currently ranked No. 17 in singles and has won her last 12 matches. The Knights have an experienced group of players that were part of 2019 team that made it to the Sweet 16. This marks the 3rd straight NCAA Tournament appearance that UCF has made under Head Coach Bryan Koniecko.

The Men’s Team would find out shortly after that, like the women, they would host as a national No. 9 seed and face Monmouth in the first round, with the winner to play either Miami or Mississippi State.

UCF comes into the Tournament with a 21-3 record and on a 13-match win streak, including winning the American Conference Championship for the first time with a 4-0 win over USF. This is the program’s 6th NCAA Tournament appearance and third under Head Coach John Roddick (2017, 2019, 2021).

The Knights are led by Gabriel Decamps, who has been ranked as high as No.3 in the country in singles and is currently at No. 10 with a 16-4 record. Juan Pablo Grassi Mazzuchi was the American Tournament Most Outstanding Player and is ranked No. 87 in singles. He has won his last four matches and is 15-5 this season.

UCF’s depth extends to doubles, led by Trey Hilderbrand and Bogdan Pavel, who are in the top 10 in doubles with a 9-1 record this season along with Decamps and Hildebrand, who are ranked at No. 37, and Grassi Mazzuchi and Pavel, who are at No. 82.

The Knights are one of just three teams in the country that are ranked in the top 10 as a team as well as having a player in the top 10 in singles as well as a top 10 doubles team, along with Tennessee and Texas A&M.