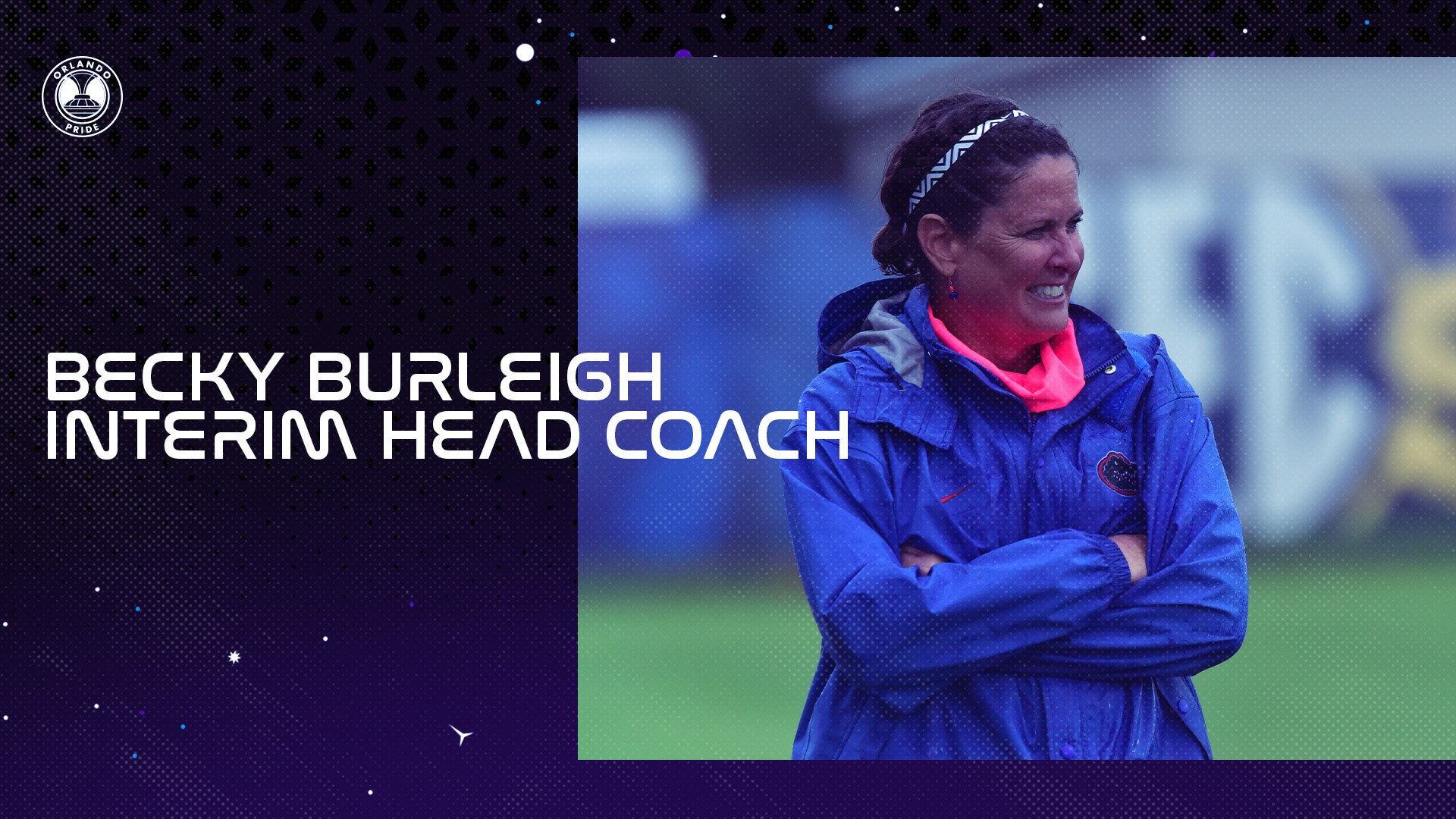 ORLANDO, Fla. (July 25, 2021) — The Orlando Pride have hired former University of Florida head coach Becky Burleigh as the Club’s interim head coach, it was announced today. Burleigh, who will lead the Pride for the remainder of the 2021 season following the departure of Marc Skinner, joins the Pride after 26 seasons at the helm in Gainesville.

“In addition to having a distinguished coaching career, Becky is among the most widely-respected leaders in our sport,” Orlando Pride Executive Vice President Amanda Duffy said. “Under Becky’s guidance, I’m confident that she will instill a new focus and confidence amongst the team, and strengthen the team’s existing foundation during this unique transition period for our Club. Our goals and expectations for this season remain unchanged, and we look forward to Becky shepherding this team through the remainder of this season to build on its early success.”

“I’m excited to become a member of the Orlando Pride franchise,” Burleigh said. “My hope is to create a seamless transition plan to build on the growth and strides that Marc and the team have made so far this season. Change, despite being difficult, always brings an opportunity for growth. I’m eager to work in partnership with the existing staff and players to make that happen.”

Burleigh, a Tarpon Springs, Florida native, spent the previous 26 years as the head coach of SEC powerhouse University of Florida, announcing her retirement from the collegiate game this past February. Appointed as the first-ever head coach of the Gators’ program in 1994, Burleigh went on to compile a 513–160–46 career record, including an NCAA Championship, 14 SEC titles and appearances in the NCAA tournament in 22 of 26 seasons.

The four-time SEC Coach of the Year and 1998 NSCAA/Adidas National Coach of the Year has led a number of the game’s biggest names, including former U.S. WNT stars Abby Wambach and Heather Mitts, as well as current Pride players Erika Tymrak and Meggie Dougherty Howard.

Alan Kirkup, Burleigh’s former associate head coach at UF, will also join the Pride coaching staff as an interim assistant coach. A player at Manchester United from 1972-76, Kirkup retired from collegiate coaching last season after 15 years with the Gators. In total, Kirkup has spent nearly 30 years on the sideline at various levels of the game.

“Becky has a tremendous reputation and history of success in women’s soccer, and we are thrilled to welcome her and Alan to the Orlando Pride organization,” said Mark Wilf, Chairman of Orlando City SC and Orlando Pride. “Building the Pride, both on and off the field, is of utmost importance to us, and adding Becky will position this team for continued growth and success.”

Burleigh and Kirkup will join the team for training this week, preparing for the team’s next match on Saturday, July 31 at the North Carolina Courage. That match will kickoff at 7 p.m. ET at WakeMed Soccer Park.