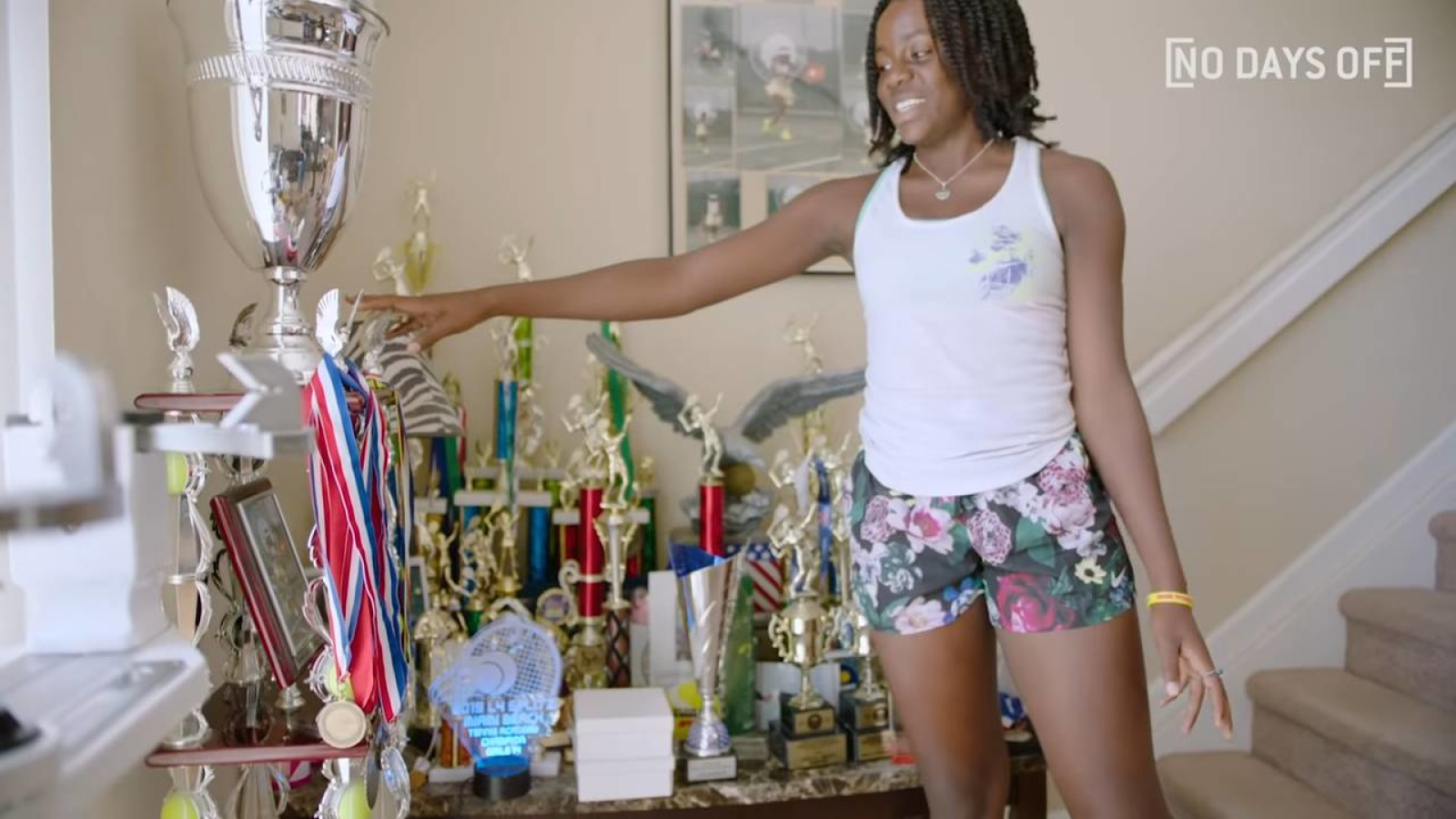 Team Whistle’s newest “No Days Off” episode might make you question your life decisions.

Akasha Urhobo is vigorously chasing her tennis dreams. The 14-year-old has been practicing her serves since she was a toddler, according to featured home footage, and the sky is the limit for her as she grows into a teenager.

“She doesn’t like being compared,” her best friend says. “I don’t want to get too ahead of myself, but (she can become) probably better, maybe than Serena or Venus (Williams). I expect that.”

Lauren Cooper, an ITF pro circuit player who trains with Urhobo, similarly expects her to collect grand slam trophies on the WTA Tour in the future.

Urhobo is hungry to prove any doubters wrong, and more importantly, she has already support from some of the sport’s best.

“I met Venus … and that was really cool, and now, I talk to her sometimes,” the Fort Lauderdale, Florida, native says. “I met Andy Murray at US Open. It happened to be on the Today show, so I happened to hit with him on live television. That was pretty cool. It makes me feel a sense of accomplishment because these people that I look up to I can actually talk to.”

Urhobo isn’t looking for any shortcuts, though.

Watch below as she walks Team Whistle through a typical day on the grind.